Sorry folks, but you know what old Miss Cranky Pants is like.
‘Wouldn’t it be nice if you could sort out some nice carols,’ I said, ‘for the Christmas do’s that we’ve got coming up.’
But according to her there are none that suit.
No dogs represented apparently.
So she’s written her own, to rectify the situation.
Here they are!
Like I said, I’m so very, very sorry! 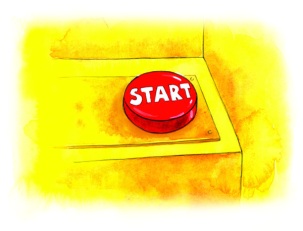 I think I’m in danger, I may come to harm
The farmer has left me in charge of the farm
There are creatures all over, it fills me with dread
How can one little collie, get this lot to bed

I run like a whirlwind, I ‘come bye’ like mad
I do all those tricks I was taught by my Dad
I round up some ducks, I herd up the hens
And if I was taller I’d open the pens.

The cattle are slowing, overtaken by sheep
At this rate of progress I may need a jeep
The horses are frisky and starting to stray
And some blooming piglets have stolen the hay.

The stars in the night sky are less than impressed
And I have begun now to run out of zest
I lay down my head with a feeling of sorrow
‘Oh sod it!’ I think, ‘I’ll sort it tomorrow.’

A SHEPHERD WATCHED
(Traditional tune – what do you think!?)

He scratched his head in stunned surprise
Not knowing what to do
‘Fear not’, spake forth a little voice
‘I’ll round them up for you.’

‘Believe me’, spake the little dog
‘This really is no scam,
I only wish a bed of straw,
Maybe a leg of lamb.’

The man agreed, for he true knew
He was in trouble deep
In less than thirty seconds flat
The dog herded up the sheep.

The shepherd, he was most impressed
‘Pray what do they call you?’
‘Colin,’ replied the little dog,
Head in a bowl of stew.

The shepherd, who was Mutton Jeff
He heard this not the same
And that my friend’s the story of
How collies got their name.

ONCE A DASCHUND
(Traditional tune – Once in Royal David’s City)

Once a Daschund loyal and so pretty
Had a kennel, it was painted red
Not a fan of anything so grisly
The garish hue was doing in her head
The colour really made her cross
So she went out and bought a tin of gloss

Daschunds they are really such a small breed
Being quite deficient in the leg
But our friend she really paid it no heed
The problem never entering her head
But when half finished, she was madder
Our poor mutt, she couldn’t find a ladder.

People came for miles just to wonder
This marvel all mankind could now behold
No one there could quite believe the blunder
On Facebook, Twitter, everyone was told
What an awful colour scheme
The top still red – the bottom painted green.

Quite how Ashley got his picture here I’m not too sure! Did you know that someone started a movement to get him back in favour for book 4 – honestly, what a nerve!
CHUCK THE BALLS
(Traditional tune – Deck the halls)

And so, our little homage to dogs at Christmas is nearly over. Only one left to sing and just to warn you, there is a slightly naughty word in it. So sorry yet again! I did tell her, but Misty muttered something about it being artistic license. I just said that it was awfully rude.
Anyway that’s just about it for now. As I said there’s one tune left. Hope you enjoy it – put your fingers in your ears for ‘that’ word.
Oh, take a look around the rest of the blog site- there’s all sorts of stuff on there to give you a bit of a giggle.

By the way, these great pictures are drawn by the very talented Mr Ian R Ward.

HAPPY CHRISTMAS ONE AND ALL

Clear your throats – that’s right madam, cough it up – it may be a gold watch! Let’s all have one last lusty chorus…

An Alsatian, he set out
Told no one he was leaving
The pizza cooked, without a doubt
Was deep and crisp and even
His friends, he knew they liked it hot
But he had let it coo-el
A vital thing he had forgot
Oh what a silly foo-o-el!

He set out to the local shop
The weather it was snowing
He hoped no one had seen him go
But little was he knowing
A row of circles marked his trail
Of which way he would go-o
Steaming circles – yellow rimmed
Shining in the snow-o-o!

His friends who were all quite astute
Noticed their host missing
They all set off in hot pursuit
Following his pissing
They caught him at the checkout till
And mocked him till he blu-ushed
So don’t forget the garlic bread
Or you may end up flu-u-ushed!

Oh – and if you were wondering why I couldn’t put an end to this little venture before it went too far – the boss was watching every move very, very closely!