Now you probably know this, but I’ll tell you again anyway. Two years ago –  two years next month in fact – I had a bit of a brush with the grim reaper. Not wishing to shuffle off this mortal coil as Kate and I had only just met, I politely declined his offer to join him on some other journey. He was a bit miffed. Apparently his mate had already started stoking the fire especially for my arrival, but hey, we can’t always get what we want. I hope he hadn’t sharpened his scythe specially!

Anyway that’s enough of that nonsense. 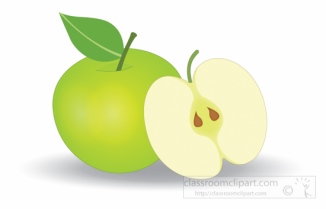 I changed my phone some time back. The the descendant of the mobile I swore that I would never own all those years ago was discarded in favour of an iPhone.

Yes, I sold my soul for an Apple.

No more android crap for me, mate!

And somewhere I read that you could get an app upon which you could place any relevant medical information.

In case of an emergency.

‘Damn useful that,‘ I thought, having had a couple of late night trips to the local emergency department in the intervening period, ‘I’ll get that!‘

After all, what better thing to have if you keel over unconscious in the street – who said, ‘Again!‘ There’s no need, really! The beer was off! I keep telling you!

So. My reasoning was that up would roll the paramedics, scoop me up, shovel me into the back of their garishly painted meat wagon and rifle though my pockets, where perchance they might stumble upon the aforementioned tiny instrument.

‘Ahh!‘ they would exclaim in wonder, ‘This fine chap has had a 4XCABG!‘
and then…

What? No I haven’t been attacked by a quartet of angry vegetables, madam, it is merely a summary of my condition.

My still beating heart was plucked from my chest, re-plumbed and thrust back in again. Quadruple Coronary Artery Bypass Graft. They’d know that see, them paramedics and I’d be sorted in no time. Job’s a good ‘un.

And that’s how I left it.

One day I got a bit bored and fiddled with it.

The phone, I mean!

And I opened the health app to see what else it would do.

It measures how far you walked today.

How many flights of stairs you have climbed.

Just in case you ever wanted to know.

It counts calories in your food. If of course you could be arsed to enter the relevant information.

Oh hold on, what’s this?

How the hell does that work then?

I don’t know about you but when I’m engaging in ‘sexual activities,‘ there are unlikely to be pockets involved!

Was that you again, madam? ‘Pink fluffy handcuffs’ indeed! Tsk!

So where’s the bloody phone during these shenanigans?

What do you do with the damn thing!?

What could you possibly strap it to?

I’m broadminded enough to know that there are some knobbly battery operated devices on the market these days, but surely that’s a little excessive!

And what if it rang!?

That’s going to be an interesting conversation – from one end of the line anyway!

And what the bloody hell is it measuring!?

Gallons? (Sorry, litres – we’re not out of the EU yet!) Oh, all right then, micro litres – have it your way!

Can it somehow count the number of little swimmers?

Is the internal microphone listening for the crucial moment?

And can it tell the real thing from a faked moan?

In all honesty I don’t know.

Frankly I don’t want to know!

Reassuringly the screen reported that my phone had ‘NO DATA.‘

Thank the Lord for small mercies.

If I don’t know how it collects the data, how do I know that it’s not actually working?

Perhaps it knows all of our boudoir secrets.

Perhaps we’re not doing ‘it’ enough.

Perhaps it thinks that I’m not very good at ‘it.’

Well you have to wonder!

That’s probably why one night I was heard to shout, as I rattled through the oddments drawer –

‘Kate, Kate, what happened to that ball of string and that bungee rope I had the other day? And are you any good at knots – if I put my finger on it?‘