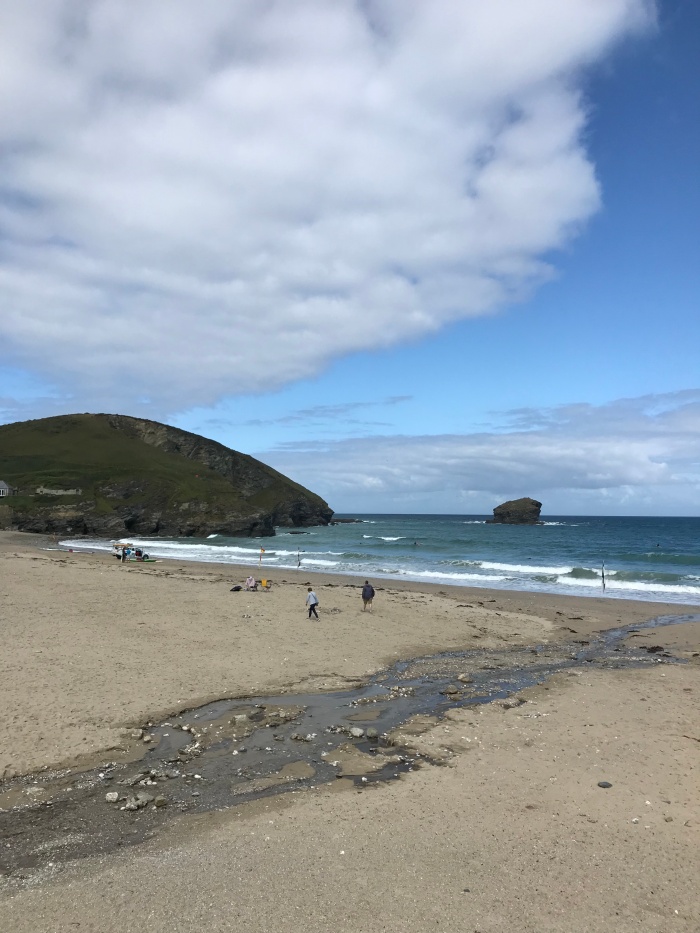 Contrary to expectations the penultimate Day 64 of the Jogle dawned bright and sunny. And even better, it stayed that way! 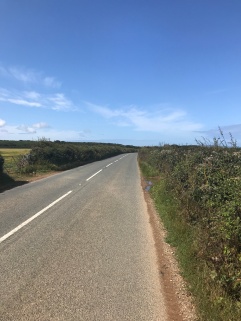 Leaving Portreath the Jogleress was tempted to go by Penny Farthing down to St. Ives. However they took the local lanes in an effort to save time as a rendezvous was planned later with the Jogleressette and Mini Jogler. 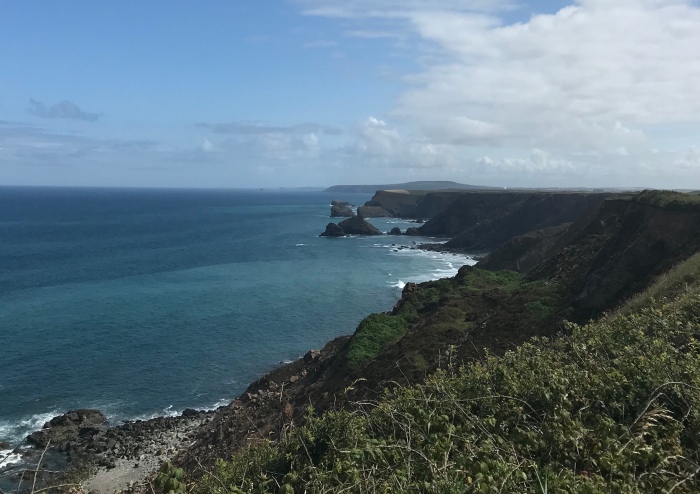 As the weather was much improved so was the quality of photos taken along the way. 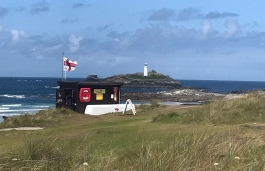 Eventually they ended up on the good old South West Coastal Path, passing the lighthouse at Godrevy Beach and this chimney, surely the relic of an old tin mine.

They spent a pleasant hour wandering along the sands, pausing only to take silly photos. Sue must have snapped this as Steve was obviously playing the flute.

They spotted another fool in a flying tent, surely not the same guy who they saw entangled on Lord Hereford’s Knob (if you’ll pardon the expression).

Another national cycle route marker, I make that five now on the trip down from John O’Groats. At Hayle fortifications they spotted this stubby little cannon. Call that a cannon? We got proper cannons up here at Dudley Castle and to prove the point I shall be down to Land’s End tomorrow to replace St. Piran’s flag with a proper Black Country one.

In the meantime here are the all important stats.