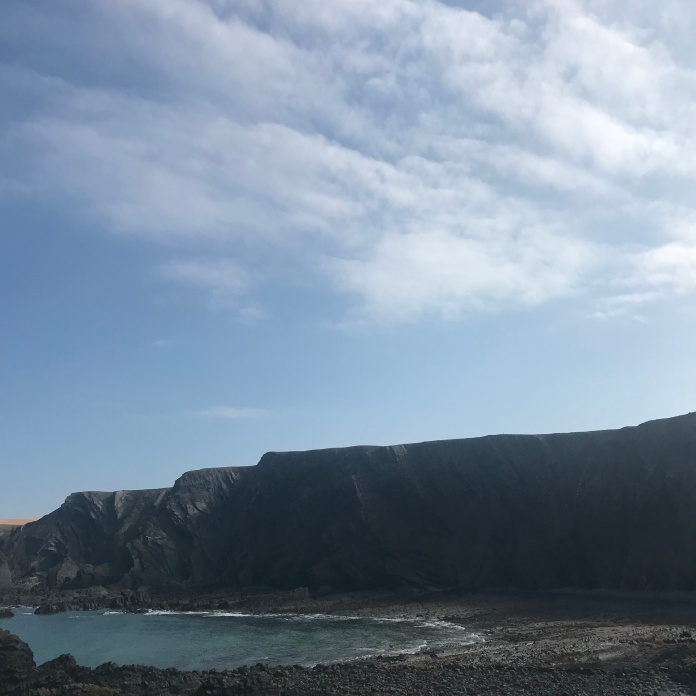 Coastal scenery. Nice if you can get it. And Steve and Sue can! In bucketloads. Or in spades if you like. Well, they are at the seaside.

Leaving Hartland Quay on Day 58 of my brother’s little saunter from John O’Groats to Land’s End and still on the South West Coastal Path they were able to snap some great views on their next leg of the journey into Bude. Finally getting to Cornwall was going to be such a momentous occasion that the Jogler and Jogleress would award themselves another rest day on Day 59.

Once again, Steve, as proof of his schooling many, many years ago will tell you that these rock serrations are evidence of wave cut platforms. Take no notice – he’s just showing off. 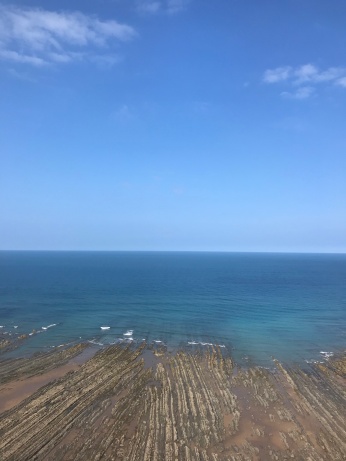 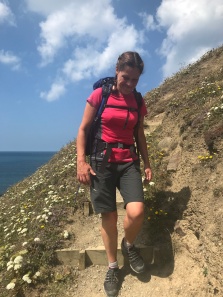 It’s been extremely hilly along the way. Not only has the Jogler (and the Jogleress) done the 3 peaks on his journey south but this southernmost route has had its fair share of ups and downs as well. 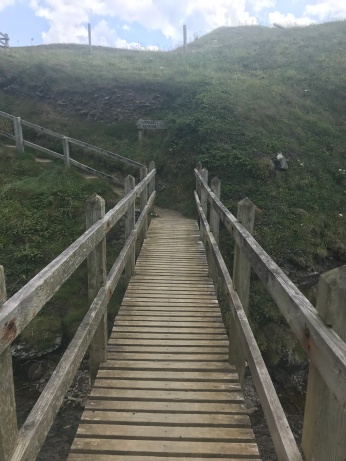 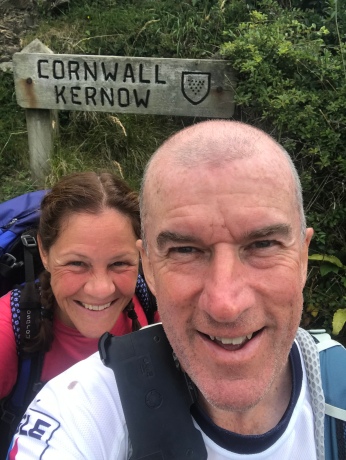 They crossed the border from Devon into Cornwall unchallenged. No passports, no visas, no nothing. But don’t worry bro – I think they knew you were coming. 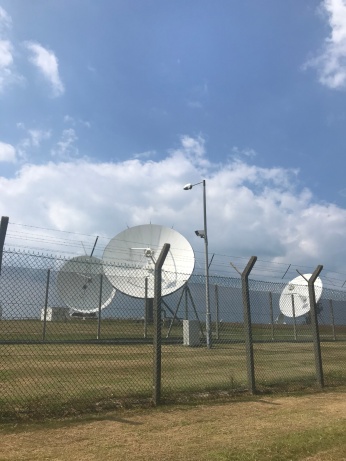 The view down into Bude itself was a pleasant sight. Rest and beer were waiting.

If you would like to donate to Steve’s chosen charity, Macmillan Cancer Support and find out his reasons for doing so, the ‘just giving’ link is http://bit.ly/2Tzmjwi  Only a few days left now folks.

Stats for the day were: